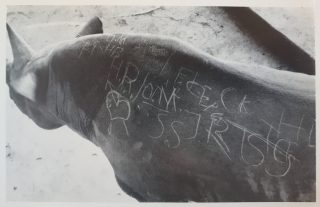 The program is available here

Animals are today not only managed as bodies, populations and species; they are also known, controlled, and cared for as individual beings capable of a certain, though circumscribed, degree of behavioural agency. In ethology and related sciences, “behaviour” has become an object of knowledge, power and intervention through which animal activity is delimited and controlled.
In this ethopolitical domain, the bodies and souls of wildlife, domesticated beasts and all those in between are subjected to a barrage of specialised techniques, both reductive and productive, mechanising and subjectifying. From laboratory experiments to zoo and circus performances to conservation interventions, epistemological and managerial practices often stage and elicit the reactivity and reflexivity of animal behaviour in contrast to responsive human conduct. Yet the appearance of this mechanicity is at the same time made volatile in the novel encounters between strange beings that such practices make possible. Paying attention to what animals do, recognising their species-specific ways of being by sharing time and space with them as affective and responsive others, has opened on to many new ways of understanding animal emotion, cognition, culture, subjectivity and sociality.
It has also led to new ways of thinking and writing with and about animals that in turn produce new genres, new affects, and new forms of witness and engagement. Recognising the inherent meaningfulness of animal worlds and the ways they interlace with human forms of expression undermines the exceptionalism of human writing and newly enlivens genres from philosophy and ethnography to fiction and poetry.
This international, interdisciplinary symposium asks about ways of understanding, acting upon, responding to, and inscribing animal behaviour. How have human apparatuses of knowledge and power impacted upon nonhuman worlds? What have been their destructive and damaging effects? What new kinds of hybrid, multispecies community have they made possible? What new forms of scholarship and writing are needed to discern and safeguard the distinctive ethea of our animal kin?