Exploring the claims of techno-evangelists in relation to Virtual Reality

The present excitement related to Virtual Reality (VR) technology has brought with it pure techno-evangelism. With this enthusiasm has come a wave of excitement at the opportunities for VR to address all manner of social and cultural issues, from providing psychological therapy, increasing cultural empathy, and even promising solutions to domestic violence. Despite this, there has been practically no legitimate critical engagement with the unstoppable speed with which VR is constantly proffered as the solution to any number of problems. This talk uses the main concepts outlined in the recently released monograph Virtual Realities: Case Studies in Immersion and Phenomenology (written with Mick Broderick) in order to untangle some of the hype around VR.

About the presenter: Dr Stuart Bender’s research focuses on the aesthetic and cultural impact of high-emotion media across fields such as Virtual Reality, social media video posts, live-streaming, video-games and traditional cinema. 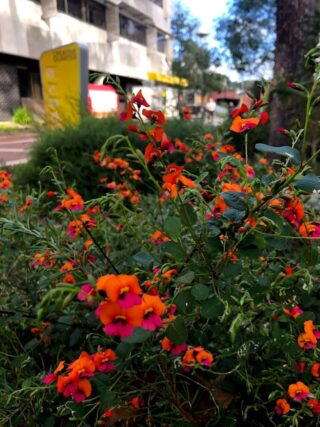 Climate Action and the Internet

We are increasingly seeing a recognition of the materiality of the Internet, from research on the physical infrastructure that underpins the Internet through to work tracking the environmental impact of technologies like cloud computing. Despite this, Internet research as a field has tended to give limited attention to climate change – and to climate action. This talk maps existing themes in climate change research within the broad field of Internet studies, and suggests some possibilities for future research directions.

About the presenter: Dr Sky Croeser’s research focuses on how people use and shape pivotal technologies, from seeds to social media.

Due to technical difficulties this presentation was not recorded.

Enabling and Inclusive housing through design: exploring the possibilities

Existing research indicates the built environment can have a positive impact and/or at least reduce negative impacts on people with impaired cognitive functioning. However there is no established evidence baseline of how such impacts manifest AND there is limited design expertise in housing market to create environments that are cognitively, behaviourally, motivationally and emotionally supportive [as opposed to only physically supportive].  How does my research address this wicked problem?

Elizabeth Karol PhD (Curtin), B.Eng (Civil) (Swinburne), B.Arch (Melb).  Elizabeth is an award-winning architect, qualified engineer and building surveyor. Elizabeth moved to academia in 1995. Her teaching and research focused on the integration of ecological and social issues with building science and architectural design. Her research now is focused on improving design for people with impeded cognitive functioning. 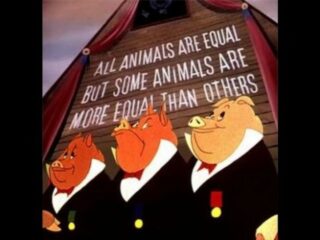 To what extent can inherited traditions of political thought accommodate or enable the identification and assessment of contemporary animal politics?

Activism around animal issues is becoming an increasing sight in the public political sphere, both domestically and internationally. In Australia, animal protection organisations (Animals Australia) and political parties (the Animal Justice Party) have been working since at least the 1980s to put animal welfare issues on the political agenda, while the last few years have seen numerous incidents of “vegan activists” protesting outside farms, marching by city restaurants and campaigning in supermarket aisles. These and other demonstrations have come in the wake of numerous media reports on various forms of animal cruelty related to equine sports, pet-breeding, factory farming, and live animal exports, among many other examples.

Meanwhile, the “question of the animal” has become a major theme in theoretically and philosophically informed research, to the point that some scholars have taken to speaking of “the animal turn” in humanities inquiry. Setting out to identify and dispel the “anthropocentric” prejudice that pervades humanities thinking, such work rejects the mechanistic view of animality inherited from Descartes; the reductionism inherent in the use of a singular noun to identify an uncountable diversity of species and individuals; and an ongoing presumption of human exceptionalism which places human practices and concerns at the centre of inquiry, and marginalises any concern for animal interests.

Against this background, this investigation reflects on the political implications of the increasing attention given, both in intellectual inquiry and in public debate, to animals and issues related to the treatment of animals. Taking online video sharing as a case study, it offers a reinterpretation of the political possibilities inherent in the online public sphere that suggests, in turn, that the “question of the animal” may demand a reassessment of conventional frameworks for engaging animals as a political problem.

About the presenter: Dr Robert Briggs is Senior Lecturer in the School of Media, Creative Arts & Social Inquiry and a founding member of the Centre for Culture and Technology. He is author of the forthcoming book The animal-to-come: zoopolitics in deconstruction (Edinburgh University Press, 2021), and has published extensively on poststructuralist thought in relation to questions of ethics, culture and technology.

“Miranda and Nakkiah Decolonise Breakfast television”: anger, refusal, and imagining beyond “intersectional inclusivity” in the time of #MeToo

We are in a digitally networked world that has seen significant attention to and consciousness-raising around issues of both gendered and racialised violence, most visibly via the #MeToo and #BlackLivesMatter hashtag movements.  While awareness of and attention to “intersectionality” has increased as a framework for understanding diverse standpoints, positionality, and continued inequalities across multiple social structures, the discursively separate nature of these two movements is telling. As Maria Lugones puts it in brief, “If woman and black are terms for homogenous, atomic, separable categories, then their intersection shows us the absence of black women rather than their presence”  (Lugones, 2010, p. 742, my emphasis) in “modern”, normative Euro-centric ways of thinking and knowing.  Given the current attention to the concept of “intersectionality” in prevalent spheres of feminist politics, and given the widespread take-up of this term in range of different debates, for a range of different purposes, it is important to consider the ways in which colonising logics are now, sometimes, perpetuated through this concept, and its material-discursive pulls towards atomic categorisation, and an uncritical notion of “inclusivity”.  I am interested in where we can see, in and through media and culture, the refusal of patriarchal capitalist modernity and its logics, rather than an “intersectional inclusivity” of all “othered” people and subject positions within it.   In this talk I discuss a critical media intervention made by Miranda Tapsell and Nakkiah Lui in 2019, on the finale of the satirical comedy show Get Krack!n.  I suggest this episode offers a critical intervention into public debates and discourses about gender, violence, and colonisation for several reasons. The episode went to air on Australian television in a high point of visibility and attention in both the #MeToo and #BlackLivesMatter movements. Tapsell and Lui here perform their refusal to participate, fuelled potently by their anger and rage, rather than demonstrating a way for “othered” women to be included in mainstream television, and in white Australian settler-colonial culture more broadly.  Their creative intervention helps to illustrate how and why a decentring of “gender”, as it is dominantly understood in Euro-centric feminist lenses of analysis, needs to happen. When contextualised as the finale of a feminist-leaning satirical show, centred on offering a social critique primarily of gendered social structures and representations, the episode can be seen as highlighting the discursive disconnect in the framing of #MeToo and #BLM as two separate issues, and the need to “join the dots” to see gendered and racialised violence as systemically linked, and as forces and impacts of ongoing colonisation. 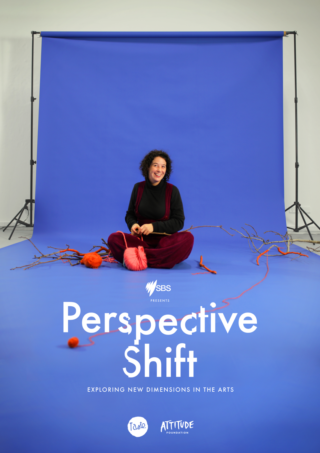 This seminar will present findings from an evaluation of a documentary series to determine if it was effective at changing attitudes at a community and society level. The evaluation was based on a three-part documentary television series, Perspective Shift series 2 (2020), which was produced as part of the Attitude Foundation’s Changing Attitudes program. The evaluation used a critical disability and Theory of Change approach to study the production, text and audience to determine if a project such as this documentary series is likely to be effective at changing attitudes, and if this approach is the most efficient way for the Attitude Foundation to change attitudes. The presentation will be divided into four parts – Part I considers the production of Perspective Shift series 2 via a series of interviews, focusing on production goals, the audience, the talent, navigating inspiration porn, employment opportunities, platforms and consistency of communication. Part II draws on critical disability theory to offer a textual analysis of Perspective Shift Series 2, considering the series’ representation of disability and the role of secondary voices, the medical vs social model of disability and finally its representation of diversity. Part III revisits the themes identified in Part I from the perspective of a focus group audience discussion about Perspective Shift Series 2. Part IV evaluates the Theory of Change, identifying key activities, assumptions, microsteps and intermediate outcomes as identified by participants across the project.