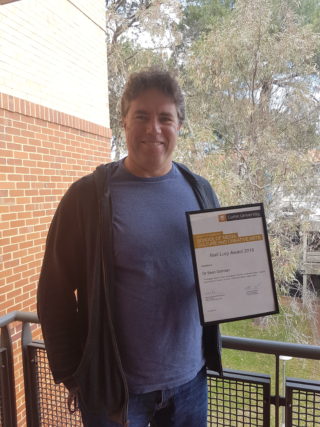 CCAT is proud to congratulate Dr Sean Gorman on winning the 2016 Niall Lucy Award for his work on racism in Australian sport.

The Niall Lucy Award, which includes a $5000 prize, recognizes excellence in publication in any area of Critical and Cultural Theory; Media Scholarship or Popular Music Scholarship. The award, which is sponsored by the school of Media, Culture and Creative Arts, was created in 2015 in memory of CCAT co-founder Professor Niall Lucy.

Dr Gorman authored a Special Issue of Sports in Society: Cultures, Commerce, Media, Politics with Dean Lusher and Keir Reeves, titled “The Biggest Game in Town: An Analysis of the AFL’s Vilification Policy”. The special issue is one of the outputs of an Australian Research Council Linkage project examining Indigenous and multicultural diversity and masculinity in the Australian Football League: a project that has provided the AFL with key recommendations for improving the quality of education programs dealing with diversity across the sport.

In 2015, the Award was won by Dr Matthew Chrulew for his outstanding contribution to the field of philosophical ethology. 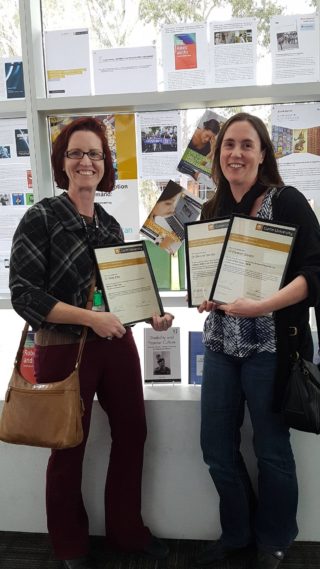 Once again CCAT Researchers stole the show at the annual Humanities Research celebration! Their wins are testament to their energy, commitment and talent – and we couldn’t be prouder.

Dr Katie Ellis took home the prize for Book of the Year for Disability and Popular Culture (Routledge, 2015).

Dr Sandry also took home the prize for Best Journal Article by an Early Career Researcher for her article “Re-evaluating the form and communication of social robots: the benefits of collaborating with machinelike robots”.

Dr Matthew Chrulew took home the award for Best Book Chapter by an Early Career Researcher for “Genealogies of the Secular”.

He also won the prize for Minor Creative Work of the Year (Early Career Researcher Category) for his short story “The Mamontogist’s Tale”. 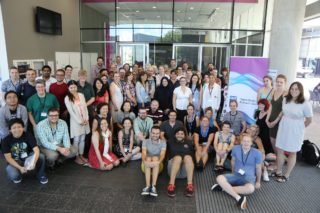 On 15 February 2016, Alkim Ozaygen and Shanshan Liu joined the 2016 Digital Method Summer School hosted by Queensland University of Technology’s (QUT) Digital Media Research Centre at Brisbane.  It was a week-long program and provided an opportunity to learn vital research skills and develop networks with others in the social media research field. Both enjoyed exchanging opinions and sharing knowledge with people from different countries during the week. 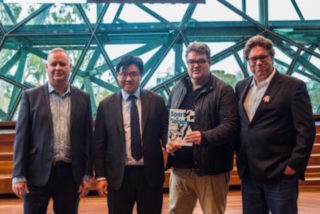 Book Launch:  The Biggest Game in Town: An analysis of the AFL’s Vilification Policy

Dr Sean Gorman’s latest publication The Biggest Game in Town was launched at Deakin Edge in Melbourne’s Federation Square on the 25 May 2016. The, book, which was co-authored with Dean Lusher and Keir Reeves, reports on the findings of an Australian Research Council ‘Linkage’ project led by Dr Gorman. The project examined the Australian Football League’s Rule 35: the first code of conduct in the world to be introduced by an elite sporting organization to deal with racial, religious and sexual vilification. The book begins by exploring Australian social and sporting history, before going on to present case studies of nine complete AFL clubs.